A Compelling Fictional Character in 11 steps (#5)

Ever stopped watching a movie because you did not care about the main fictional characters?

Uninteresting and flat characters are one of the Top 7 Deadly Flaws of a Bad Screenplay and one of the main reasons for a screenplay to get tossed instead of read.

Find out how to:
- create a compelling character and
- ensure the reader connects to him in this series of articles full of movie scripts and videos 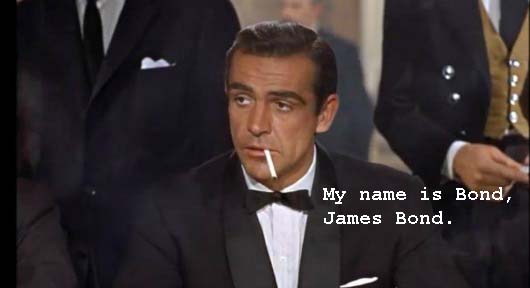 Step 5: Give the right name to your fictional character

We asked our character expert, Alex, aka Cool Dude, to tell us how to create a multidimentional character that the audience would care about.

With step 5 we are now in the second stage of the process, i.e. "Revealing your character".

In this article Cool Dude will cover the following elements:

Why the name of your fictional character matters

What a script!:
How big of a deal is the name of your fictional character?

Reason #1.
The first thing people want to know about someone is their name.

It is therefore no surprise that the first of the 3 questions that the Keeper of the Bridge of Death asks the Knights of the Round Table in Monty Python and the Holy Grail is their name. And not responding properly has deadly consequences.

The importance that people attach to a name is also reflected by the number of screenplays having dialogue lines like "tell me your name" or "my name is".

You could write a scene just by putting together the lines of these screenplays and using the repetition dialogue technique. This is our shot at it.

The scene? A man tries everything to find out the name of a woman he just met.
And he goes from cajolement, to anger to finally despair.

To get the full experience of our fictional character, just skip the names of the screenplays we put into brackets and read only the dialogue lines.

In their screenplay Gladiator, David Franzoni, John Logan and William Nicholson played skilfully with the emotions that get triggered when a character refuses to tell his name, and finally reveals it as a statement of defiance.

This is the confrontation between Gladiator and the Emperor Commodus. A great scene full of conflict and passion. 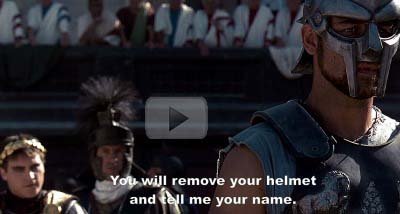 Reason #2.
The second reason why the name of your fictional character matters is that it gives you the opportunity to reveal your character to the reader.

Why? because the name you choose for your fictional character evokes a picture in the mind of the reader. And this picture will accompany him during the whole screenplay.

It is therefore critical that this picture matches yours.

Let's illustrate this point with a quiz. It's called "Guess a Name!".

It's about matching the name of 5 fictional characters with 5 jobs they have in a screenplay.

On what basis? The picture that the name of the fictional character evokes in your mind.


Did you guess right? Check it out here.

Reason #3.
The third reason why the name of your fictional character matters is that you will live with your characters for at least 6 to 12 months, depending on how long it will take you to write your screenplay. And even longer if your screenplay gets produced.

Parents spend a lot of time choosing the name of their kids. They consult baby websites, books, friends and families. Simply because their kid will bear this name his whole life, and they will call him that way their whole life too.

Naming your fictional characters is no different.

The name of your character gives you as well the opportunity to explore the relationship that your fictional character has with his own name.
Does he like it or not? Did he change it? shorten it up? Does he use his middle name as his first name? Does he introduce himself with his first and middle name? Why?

This enquiry belongs to another step of creating a compelling fictional character, namely backstory.

10 Tips to Choose a Name

What a script!:
How do you come up with the "right" name for your fictional character?

Make sure you have a limited number of main fictional characters and their name is simple - hopefully meaningful and distinct from each other.

If you have read or attempted to read the master piece of Tolstoy, War and Peace, you will know what I'm talking.

There are more than 550 fictional characters and they all have long and difficult names, which often sound alike.

Unless you make your own list of who is who, you'll get lost very quickly in the story and will stop reading.

Well, no reader will make such a list with your screenplay. He will first try to remember the names and soon give up.

Use alliterative names to make the name of your fictional character more catchy and memorable.
An alliterative name is a name in which the first and last names begin with the same letter or sound.
Examples include: 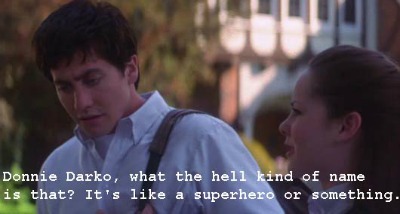 Don't have ALL your fictional characters have alliterative names. Restrict this technique to 1 or 2 characters.

Always speak the name of your fictional character outloud to check how it sounds.

If your story is about 3 women, do not call them Sonia, Sofia, Soraya.
Choose different starting letters, and different sounds. For example Anna, Marie and Sue.

3. Length of the name

When choosing the name of a fictional character, take into account the length of their name.
Why? Because the number of letters in a name has an influence on how you perceive such a name.

Compare these names and the picture they evoke in your mind:

Short names create the impression of a direct, grounded and not complicated fictional character. Longer names tend to imply a more complex and important character.

The name of your fictional character should be consistent with the country your movie takes place or the country / ethnicity the character comes from.


In some screenplays, screenwriters choose names which are used in different countries to surprise the reader and make a point.

In War Horse, written by Lee Hall & Richard Curtis, there is this great scene which happens between the English and German trenches during the WW1, when suddenly it's no more about the war and killing each other but about showing humanity.

Two soldiers, one English and one German, have just freed up Joey, the war horse, from the barbed wire he was caught on. They are about to toss a coin to determine who will take the horse with him. 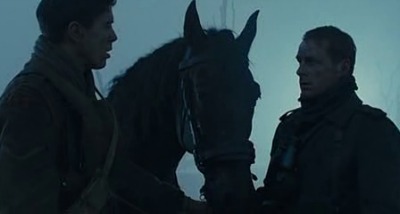 Colin, a very English name, calls Peter Fritz, a way to put him down, as if all Germans were automatically called Fritz.
By using Peter, a name that is both English and German (pronounce it "Pay-ter") the screenwriters let us know that names and countries in that moment do not matter.
A great way to underline through dialogue the common ground these 2 fictional characters have suddenly found.

You need to choose names that match the time when the story happens or when the characters were born.

Alfred, Hugh, Louise and Gertrude will fit the 1880 time period for example while Cole, Ethan, Mackenzie and Kylie, which are names of the year 2000's won't.
There are many names sites out there where you can see the names used in a certain year.

These time restrictions do not apply of course when you create names of fictional characters for a story taking place in the future.

Think of the characters of Star Wars for example: Qui-Gon Jinn, Obi-Wan Kenobi, Yoda and Luke Skywalker. They are ageless.

If one of your main characters is fundamentally the function he has in your screenplay, or he can be identified with an object he's always with, you may consider using this function or object or combination of both as the name of your fictional character, instead of a common name.

Choose a name that reflects a particular social background if this element plays an important role in your screenplay.

Use the common orthograph for known names instead of their alternative spelling or your own creative version.
Use for example:

Don't be constrained by the past but be informed by it. In other words, use the past to create powerful associations but don't use names which have a baggage.

An example of a powerful association is Hannibal Lecter, from the screenplay The Silence of the Lambs, written by Ted Tally.
Hannibal was the leader of the military forces of Carthage that fought against Rome in the Second Punic War in 215-201 BC. He was considered Rome's greatest enemy. Giving his name to a character, grants him immediately power.

An example of an unfortunate association would be Jim Mengele.
Why? because Mengele was a German SS officer and a physician in the Nazi concentration camp Auschwitz.

Always check the meaning of a name in English and in other languages - as well as the history of such a name - to ensure there is not a negative connotation to it.

Last, but not least, use a name that says something about your character.

Go through baby websites and dictionaries

In Good Will Hunting, screenplay written by Matt Damon & Ben Affleck, the main character is called Will Hunting.
There are a few meanings for "Will", including strong-willed warrior and desiring peace.
And "hunting" means the act of conducting a search for something.

So if we apply the name to the story of Good Will Hunting we've got a strong-willed warrior, desiring inner peace, searching for something - in this case, being complete with his past so that he can move forward with his life. 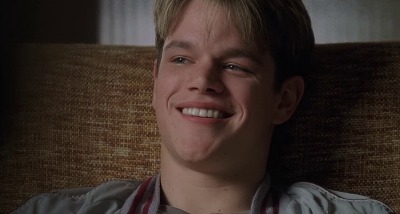 In Dead Poets Society the main character is called Neil Perry.
The name of Neil is Irish and means "champion" and "passionate".

And this fits well with who Neil becomes when exposed to Mr Keating's influence: he champions the authority by reconvening the Dead Poets Society, dedicated to sucking the marrow out of life, and discovers his passion for acting.

In The Bourne Identity, screenplay written by Tony Gilroy and W. Blake Herron, the main character is named Jason Bourne.

Jason means "the healer". In the Greek mythology, Jason was a great hero who led the Argonauts in the quest for the Golden Fleece.
And Bourne, plays with the word "born", and can be interpreted in various manners, born patriot, born to be good, born to survive ...

From Bruce Wayne to Batman

Bruce Wayne reveals in Batman Begins, screenplay written by Christopher Nolan and David S. Goyer, how he came up with the name Batman, a name he would use to save the city of Gotham.

His thought process had 2 steps:

And both steps happen in a conversation with his butler, Alfred: 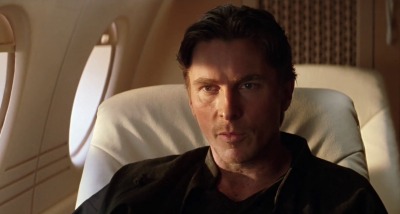 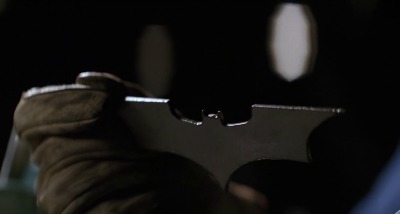 Then Bruce declares his name: 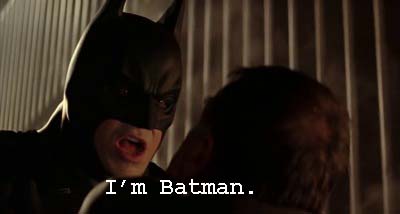 If you tried all above tips and are still unsure about the "right" name to give to your fictional character, we have for you a "killer" advice. Do it the Craig Schwartz way.

Who is he? The main character of the screenplay "Being John Malkovich", written by Charlie Kaufman.

His way is for sure unusual, but it might just work for you. Just focus on your character and imitate Craig. 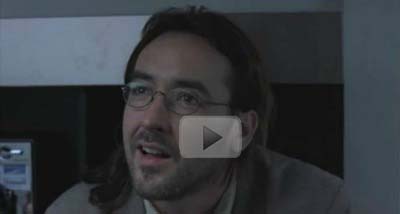 Results of the "Guess a Name" Quiz


Go back to the quiz

Step 4: How to Hook the Reader with Your Character Descriptions

Jason Bourne: Why I am a Compelling Character