Why I am a compelling fictional character

Did you know that uninteresting fictional characters are one of the Top 7 Deadly Flaws of a Bad Screenplay?

And they are one of the main reasons for a screenplay to get tossed instead of read ?

If you are committed to create multi dimensional and riveting characters, check this series of articles. 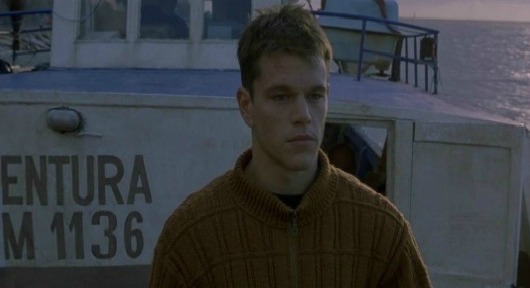 On being a hero

We asked our character expert, Alex, aka Cool Dude, to interview Jason Bourne and to find out why we root for someone who's actually a trained assassin.

Cool Dude:
What makes you a compelling fictional character?

Bourne
First I fall in a specific category, the category "Hero".
That means I drive the story, I don't wait for things to happen to me.

Then, I am clear about my goal and I take actions to fulfill it. And this includes using all the skills I have (combat, observation, precision, improvisation, determination and languages fluency).

Cool Dude:
And you will stop at nothing to realize your mission?

Bourne:
Correct. I go all the way.

Cool Dude:
You are however not this one dimensional hero that we see in some other scripts.

Bourne:
True. The traits I have, and especially my main flaw - being a trained assassin - take care of that. It creates an ambivalence.

On one side you feel empathy for me because you can imagine what it would be like not knowing anymore who you are, and being chased by people who want to kill you.

On the other side, you cannot approve of the actions I took in the past.

Cool Dude:
You just touched on 2 other aspects that I believe make you a compelling fictional character: your backstory and your "Ghost".

Bourne:
Yes. The backstory is all about who I am, my characteristics (name, age, past activity, what I like and don't like) and my values.

For example duty is very important to me, but not at all costs.

I aspire to an ideal, I want to serve my country and be useful. But I will not kill a man in front of his children.

Like Blablator would say in his movie dialogue rule #7 all this backstory gives me a place to come from. It gives me a way of being, of looking at life and of speaking.

Cool Dude:
Even your name is in line with this backstory and was carefully chosen.

Bourne:
True. Jason means "the healer". In the Greek mythology, Jason was a great hero who led the Argonauts in the quest for the Golden Fleece.

And Bourne, plays with the word "born", and can be interpreted in various manners, born patriot, born to be good, born to survive ...

On his ghost and character arc

Cool Dude:
What about your "Ghost"?

Bourne:
You get I am haunted. By something that happened in the past.

I've got these scrambled visions which come back all the time and prevent me from sleeping. And they cast a shadow over me.

Cool Dude:
What's the purpose of your "ghost"?

Bourne
It basically creates a difference between my desire and my need.

My desire is to find out who I am.

But fundamentally my need is to redeem myself from all the crimes I committed in the past.

Cool Dude:
This is also the character arc, the transformation that you go through, which has you be a multi-dimensional and compelling fictional character...

Bourne
Yes. If my desire and need were the same, if I was therefore to remain the same from the begininng till the end, you would not root for me.

The fact that I am genuinely interested in Marie - I want to protect her, I show remorse about the past and I take responsibility for my actions - adds a human dimension to the extraordinary trained killing machine that I am.

Cool Dude:
Even your desire changes...

Bourne
Yes. It starts as wanting to know who I am, and this remains always in the foreground. But fundamentally this desire turns into something very primal. It is about survival.

Cool Dude:
Which also creates empathy with the reader ...

Bourne
Yes. Because there is an identification to this very basic need of fighting for your life and finding out who you are and why some people want to kill you.

On higher stakes and creating empathy

Cool Dude:
This creates both higher stakes and a mystery around your character.

Bourne
Right. And both are necessary to make me a compelling fictional character.

The higher the stakes, and in my case the danger, the higher I get to reveal my true character.

Cool Dude:
And this true character is not the one of an assassin ...

Bourne
No. It's only when I really cannot do otherwise that I take someone's life. To protect myself. And Marie ...

Cool Dude:
... which creates a sharp contrast between you and the killers after you...

Bourne
which in turn creates empathy for my character.

Bourne
Yes. At some point all the trained assassins in Europe get activated to kill me.

So if I fail to uncover who's behind all of this, I get to die.

There cannot be any higher stake than that.

Cool Dude:
We talked about mystery before. How does that contribute to making you a compelling fictional character?

Bourne
Mystery is a great middle to have the reader connect to my fictional character.

You get to be captivated by the mistery which surrounds me.

I am someone who is tormented. Someone who is obviously part of something bigger than he is. What? you and I don't know it. And we get to find it out on the way.

Go from Why I am a compelling fictional character to Whatascript! Home page 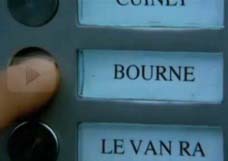