The 10 commandments of screenplay format (#6)

So if you want YOUR screenplay to be read and not tossed, apply these script formatting guidelines. Today the sixth commandment. 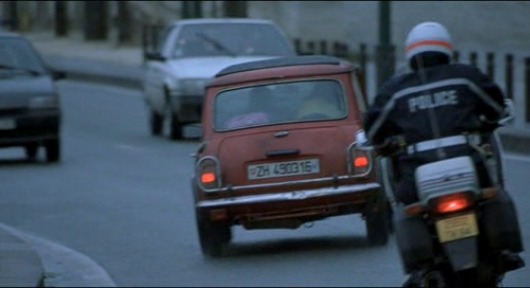 We asked our format expert, Matt, aka Formatman, to lead us through the 10 screenplay formatting commandments.

Formatman:
Cars!
Why? simply because most movies have car scenes and it's important to get their screenplay format right.

Whatascript:
What will you cover?

Formatman:
First the basic car situations and when to use them.

Then some specific car scenes you often see in movies and may wonder what their screenplay format is. For example:

Formatman:
First, the basics!
Ask yourself. Where do you want to put the focus of the reader?

Your answer to this question determines how to write the car scene.

Option 1) Putting the focus on the car

There are basically 2 reasons to do that:

In both cases the car is part of the Exterior set.
In terms of screenplay format, the master scene heading starts therefore with EXT.

This is the beginning of a draft version of Gone in 60 seconds, screenplay written by Scott Rosenberg.
This scene got edited later on, but it illustrates the point:

In this example the car is even introduced as a secondary master heading to put emphasis on it.

Option 2) Putting the focus on the INSIDE of the car

There are again basically 2 reasons to do that:

In both cases, the character watches the outside world through the window and often in thrillers / crime / action movies through binoculars.

The car is then considered as an Interior set. The master scene heading starts therefore with INT.

This is an extract from 8MM, screenplay written by Andrew Kevin Walker. 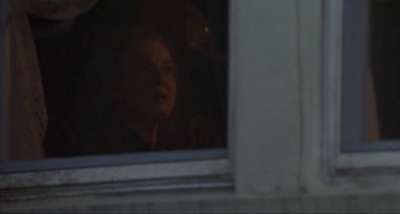 In above examples the cars were parked. If the car is moving you use the following screenplay format:

Option 3) Putting the focus on BOTH inside and outside

We usually first see the car in its environment, then we switch to the occupant(s) of the car and the action taking place in the car.

There are 2 common screenplay formats to show that:

i) As separate scenes

In this case the screnplay format will usually start with EXT. showing the car and follow with INT. to take care of the action inside of the car.

This is an extract from Babel, screenplay written by Guillermo Arriaga.

Side notes on binoculars and POV:

The screenplay format in this case uses INT./EXT. or EXT./INT. depending on whether the scene starts inside or outside the car.

Doing so ties both the INT. and EXT. scenes together as if they intertwined.

This is an example from Drive, screenplay written by Hossein Amini. 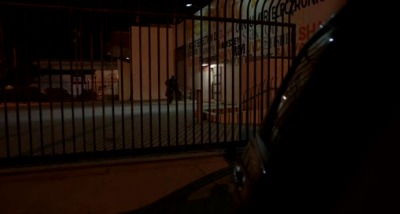 For more use of INT./EXT. in non car related scenes, see 2nd formatting commandment: "Thou shalt not let the reader get lost"

Whatascript:
Shall we now cut to the chase?

Formatman:
Definitely. Now that we have gone through the basics we can go through specific situations, starting with car chases.

There are different ways to write them in terms of screenplay format.
Let's go through two of them:

In this example from Basic Instinct, written by Joe Eszterhas, the screenplay format uses basically two master scene headings (INT. PORSCHE and EXT. THE STREETS) and keeps switching between them.

We get to see the actions of the main character, Nick Curran, from inside his Porsche. And we follow the chase he has with a Ferrari, which nearly ran him over, from the outside. 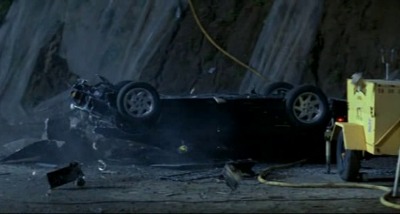 Another way to write such a scene in terms of screenplay format is to use secondary scene headings within an extended scene line.

Each character or main object in the scene gets to be written as a secondary scene heading. And from time to time a new extended scene line

This is an example from The Bourne Supremacy, screenplay written by Tony Gilroy.

Sounds familiar? you watch a movie and suddenly wonder: how's the screenplay format of that scene?

Well, wonder no more, and click to find out about the Top 6 Common Car Actions.

Whatascript:
This concludes this this article on the 6th screenplay formatting commandment: Thou shalt cut to the chase.
Thank you, Formatman.

The 10 commandments of screenplay format -
Read the last part of the 6th commandment:

"Thou shalt cut to the chase"