The 10 commandments of screenplay format (#9)

So if you want YOUR screenplay to be read and not tossed, apply these script formatting guidelines. Today the ninth commandment. 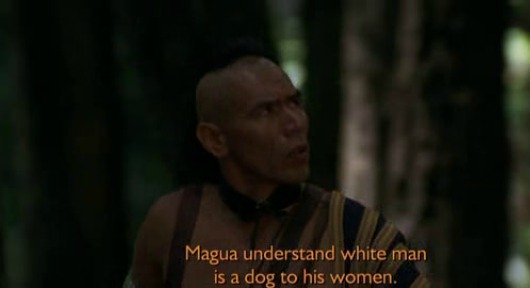 #9: "Thou shalt not lose the reader in translation"

Whatascript:
What is this screenplay format commandment about?

Formatman:
Imagine your screenplay characters go abroad or meet other characters who do not speak their language.


That's what this screenplay format commandment is about.

Whatascript:
What's the criteria to determine the "default" language of your characters and the foreign one?

Formatman:
In screenplay format the assumption is that you write your screenplay in the language that your reader reads.

In other words, if you submit a screenplay to the US industry, the convention in screenplay format is that the default language spoken by your characters will be American English. Any other language would therefore be foreign.

Whatascript:
Imagine one of my characters speaks a foreign language. How do I show that in terms of screenplay format?

Formatman:
It depends whether it is important to understand what the character says or not.

Formatman:
If your intention is only to create a flavor and

the most common way to do that is to start with the name of the character and follow it with a wrily (= parenthesis) with the language spoken, and the foreign words.

This is an example from "The Talented Mr Ripley", screenplay written by Anthony Minghella. 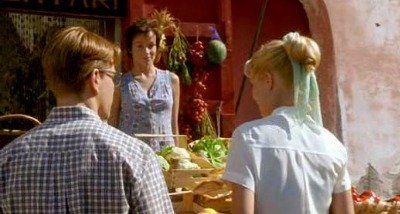 In this example it's not important to know that Marge orders oranges, bread and ham.

For that reason, it does not get translated.

In screenplay format, there are often more ways to accomplish the same effect.
This is an example from Hotel Rwanda, screenplay written by Keir Pearson & Terry George.

In this example the screenwriters did not include in a wrily that the language spoken was French, and probably thought it was obvious since they wrote "French Tourists" and basic French words to say "My God, thank you".

Both examples work without any translation, as the pictures of the movie will help understand what is going on and there is no information exchanged that is essential to the plot.

Another famous example to illustrate this point comes from Lost in Translation, screenplay written by Sofia Coppola.

In the "Suntory Time" scene, there are long passages in Japanese, and the translation in English is very short and approximate, which causes a comic effect.

This is the whole scene: 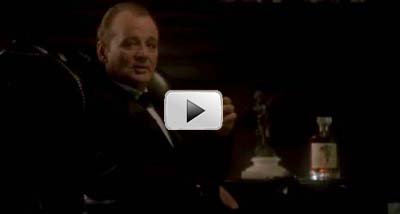 Do you speak Mohican?

Whatascript:
And what if it matters that the reader understands what the character says in a foreign language?

How do you deal with that situation in terms of screenplay format?

Formatman:
The most frequent option is to use a wrily to indicate that the text gets subtitles on the screen.

This is an example from "The Last of the Mohicans", screenplay written by Michael Mann and Christopher Crowe 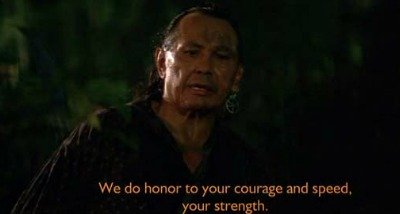 In screenplay format "sub-titled" is often replaced by "with subtitles".

There is also another option.

You state the foreign language and follow it with "English subtitle". This is an example from "The Last of the Mohicans":

Whatascript:
What if you want to indicate that the text gets subtitles but don't want to use a wrily. Is there a way to do that in terms of screenplay format?

Formatman:
Sure. This is from Valkyrie, screenplay written by Christopher McQuarrie & Nathan Alexander

Whatascript:
Is there any way NOT to use subtitles and still let the reader know what the characters say?

Formatman:
Yes. In this case the screenplay format would be a mix of foreign language and its translation in English.

This is an example from "Midnight Express", screenplay written by Oliver Stone, with a mix of English and Turkish. 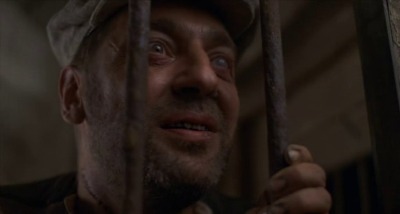 Whatascript:
In screenplay format, how do you deal with sign language?

Formatman:
The same way you would with any other language.

This is an example from "Babel", screenplay written by Guillermo Arriaga:

Whatascript:
What if the character does not speak well the language? How do you indicate that?

Formatman:
You can use a wrily to convey that information.

This is again from "Midnight Express", written by Oliver Stone.

Formatman:
Again, there are different ways to take care of that aspect in terms of screenplay format.

This is an example from "The Talented Mr Ripley".
Anthony Minghella chose to first write the lines in Italian, then the translation. 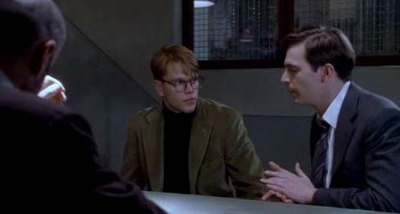 Whatascript:
What if you don't master that foreign language. Can you cut to the chase and write only the English translation?

Formatman:
Yes. That's basically what Christopher McQuarrie & Nathan Alexander did in this example from "The Last of the Mohicans":

Whatascript:
This concludes our interview on this ninth formatting commandment "Thou shalt not lose the reader in translation". Thank you, Formatman.

The 10 commandments of screenplay format -
Find out about the tenth commandment:

"Thou shalt get one phone call"

I need to get home. That's all I care about right now*: