The 10 commandments of screenplay format (part 1)

So if you want YOUR screenplay to be read and not tossed, apply these script formatting guidelines.

They are simple and effective. 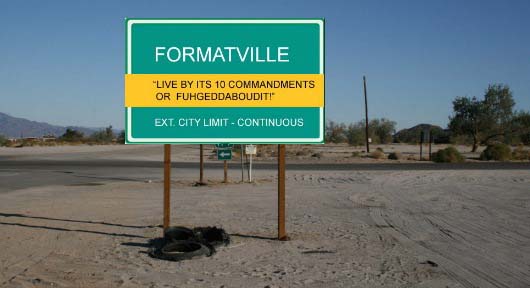 The 10 Commandments of Screenplay Format

What a script!:
What do these 10 commandments cover?

Formatman:
The basics to properly format your screenplay. Think of:

-- how to get the reader have a first positive impression,

-- how to enhance the reader's and potentially actor's experience

What a script!:
What are these commandments?

#1. Thou shalt honor the reader and not cheat

#2. Thou shalt not let the reader get lost

It's all about telling where and when your scenes take place. How? with master headings / sluglines.

#3. Thou shalt not slow down the reader

How to get the reader turn the pages of your screenplay quickly? Some effective guidelines.

#4. Thou shalt use sounds effectively

How to put the focus on sub location, characters, objects and time without directing? Use skillfully secondary scene headings.

#6. Thou shalt cut to the chase

It's all about car scenes and how to write them (e.g. inside, outside, INT./EXT., in motion) And it includes a Top 6 Common Car actions.

#7. Thou shalt give your best shot


You think that writing montages and series of shots is easy? Think again. It is very tricky. We show you the ins and outs.

#8. Thou shalt use flashback responsibly

It's all about flashback. The controversy around it, 7 key components to make it effective, when to use it, and how to test ride it.

#9. Thou shalt not lose the reader in translation

Discover how to write dialogue lines in a foreign language. And deal with sign language, accent and translation.

#10. Thou shalt get one phone call

What a script!:
Most books on screenwriting describe the various elements of screenplay format, one after the other. You chose to group them under various commandments, why?

Formatman:
Each of these commandments is for me a simple reminder of what I should do to get my screenplay read, not tossed.

What a script!:
An example?

Formatman:
Commandment #2 states: Thou shalt not let the reader get lost.

It's all about master scene headings. I could have explained what they are and you would get a piece of information. But you would still not get that it's deadly (for your screenplay) to have a reader not know where the action takes place in a proper manner.

Everything that makes the reader ask himself: where am I? takes him out of your story and have him wonder if he should keep reading it or grab another screenplay better formatted.

Screenplay format - why it matters

Whatascript:
Formatman, let's back up a little bit and talk about the importance of screenplay formatting.

Formatman:
Telling a story for the movie industry needs to comply with some generally agreed upon standards and forms.

This is like a written language that screenwriters use to let others know (reader, producer, director, actor) what their story is about.

Whatascript:
Why is it so important to comply with these standards?

Formatman:
Because they are the rules of the game.

Using your "own" standards will just not fly - it's like using your baseball bat in a basketball game. It does not belong there.

Applying the standards of screenplay format allows you to fully communicate with the people you want to reach (the reader to start with) with nothing in the way - and nothing of your story getting lost "in translation".

Besides not following these standards is usually a sign of an amateur screenwriter, a big reason for a reader to stop reading your screenplay after a few pages.

So if you want your screenplay to be read, not tossed, just follow the standards. They have proven to work.

In other words, use your creativity in your story, not in the script format.

Whatascript:
Produced screenplays show sometimes small variations in screenplay formatting.
How do you explain them?

Whatascript:
In our selection of famous free movie scripts we listed spec and shooting screenplays. Please explain what they are and their difference in terms of screenplay format?

Formatman:
"Spec screenplay" stands for speculative screenplay. What it means is that a screenwriter writes a screenplay on his own initiative in the hope that someone will option it and eventually purchase it.

Once the screenplay has been purchased, possibly revised and is ready for production, a new version is issued with scene numbers next to the scene headings (called master scene headings). This version is called shooting script.

These scene numbers together with revision pages, are the main differences between the two forms of screenplays in terms of formatting. 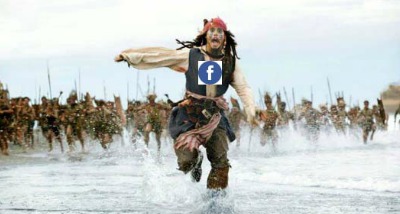 #2. Thou shalt not let the reader get lost