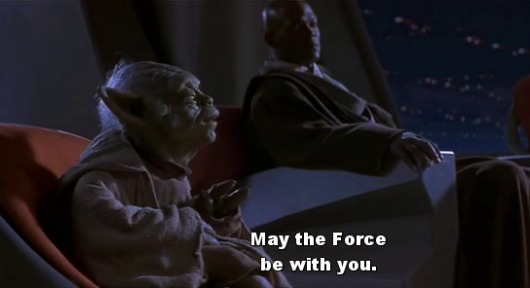 If you missed the first five parts of this series, you may want to check them out first.
Here is the link to Part 1, where it all started.

Blablator:
A movie dialogue is meant to fulfill specific functions. And to do that effectively.

It may however happen that some screenwriters go through the motions while writing movie dialogue.

The result? poor and predictable lines.

I have a quiz for you to illustrate what I mean. It's called: Guess what's next!

I'll start 5 sentences and your job is to guess how they end. Ready?

Did you guess right? Check the results here

My best score was to guess 7 lines in a TV serie.
Needless to say I was both horrified ... and very proud of my performance.

My point is: do not write lines that the reader could expect.

It's a sign your screenplay will not be above average, which is a deal breaker for the reader.
He may as well toss your movie script and start with another one. Possibly more promising.

What a script!
How to write unexpected movie dialogue?

For example, it's unlikely that the lines "I love you" get a response "I love you too" in a conflict situation. They might even generate the opposite effect and reveal any unspoken issue in the relationship.

This is a short extract from Good Will Hunting written by Matt Damon & Ben Affleck.
Skylar and Will are in bed. She caresses his back gently and tells him she wants him to come with her to California where she will study.

Will gets upset as he's afraid that Skylar will dump him after a while and he will end up on his own over there. She then says to him:

What would be expected from Will is something along these lines: "C'mon Skylar, you know I love you." But that would be inconsistent with who he is at that moment of the screenplay.
The closest he can come to, using the "avoidance" movie dialogue technique, is: A fight follows about Will's fear and ends up with these lines. Will does not say the expected "I love you too", which would release the tension. Instead ... Again, Will cannot say "I love you too". This would be inconsistent with who he is and his view of life. Check the movie dialogue rule about knowing your characters to find out more about it.

This is the whole breakup scene in Good Will Hunting that my good friend Jason, aka BAM! dissected for us.

Results of the quiz

The answers to the questions are:

You've got other favorite predictable responses you heard a "zillionth time" and want to share them? drop us a line and we might just add them here.

Go back to the quiz to read further.

Find out about the last 2 movie dialogue rules

I want to go home*