The 10 commandments of screenplay format (#10)

So if you want YOUR screenplay to be read and not tossed, apply these script formatting guidelines. Today the tenth commandment. 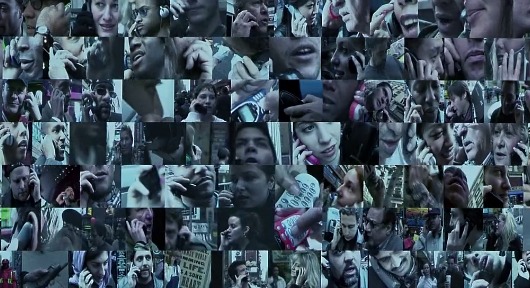 We asked our format expert, Matt, aka Formatman, to lead us through the 10 screenplay formatting commandments.

Whatascript:
Why dedicating a whole commandment to phoning?

Formatman:
Simply, because everyone uses a phone, and the screenplays - whether new or old - reflect that.

They are full of characters receiving or giving phone calls or talking about it.

And of course, the most famous line on that subject is: 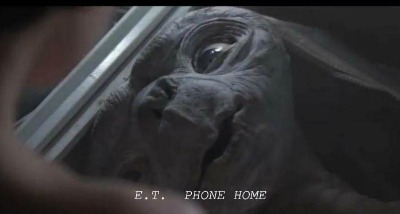 The screenplay format of a phone conversation is therefore very important.

Whatascript:
Why does the commandmant mention "one phone call" only? 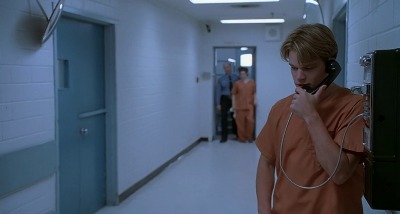 you get only one chance with the reader. You'd better not spoil it.

Whatascript:
What are the most common phone situations?

1. We see and hear only one character on the phone

Whatascript:
What are the characteristics of this situation?

Formatman:
You use this situation when:

The dialogue from the character we see should be clear enough so that we get a sense of what the two people talk about or we get intrigued by what we don't know.

In terms of screenplay format, the most common ways to show that the character we see is listening and the other person we don't see, is speaking, is to use:

In line with the screenplay formatting commandment # 3 "Thou shalt not slow down the reader", be consistent and use the same format (ellipsis or wrily). Do not mix and match.

Formatman:
I'll give you three.

The first one is from Annie Hall, screenplay written by Woody Allen and Marshall Brickman. 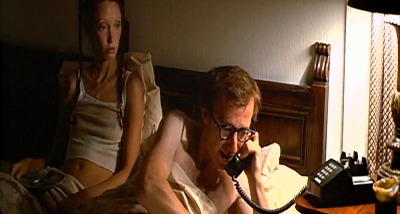 The next two examples are from Basic Instinct, screenplay written by Joe Eszterhas. 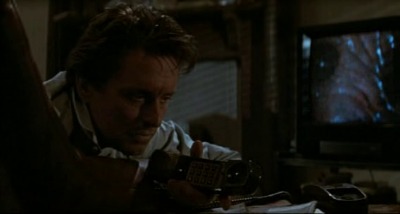 In above cases, the screenwriters did not use the wrily (into phone) after each character to indicate they were speaking on the phone. They found it obvious.

In some other cases, when it's not obvious, you really need to use this screenplay formatting convention.
This is an example from Erin Brockovich, written by Susannah Grant:

2. We see only one character on the phone and we hear two of them

Whatascript:
When do you use this second situation?

Whatascript:
In terms of screenplay format, how do you write these situations?

Formatman:
Like any dialogue with one difference. You use VOICE OVER (V.O.) for the character we do not see.

Coming back to the movie script Taken, the screenplay format of the dialogue would be as follows:

Whatascript:
In terms of screenplay format how do you write the situation when you don't want to reveal who's on the other end of the phone?

Formatman:
You can do like in Chinatown, screenplay written by Robert Towne, and use "VOICE ON PHONE".
In such a case, you do not need to use the (V.O.) screenplay format convention as it is obvious that it is a VOICE OVER. 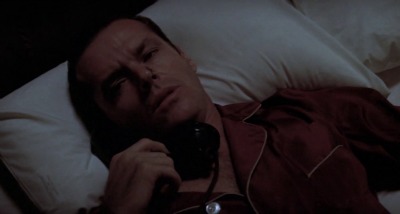 3. We see and hear BOTH characters on the phone

Formatman:
There are basically 2 screenplay formats which are the most used:

Whatascript:
How's the screenplay format in the first situation?

Formatman:
You start by a master scene heading. The character we don't see and who's on the phone, is followed by (V.O.). Then you switch to the next scene. And repeat the same process.

This is an example from Thelma & Louise written by Callie Khouri

Whatascript:
What are the pros and cons of this screenplay format?

Formatman:
The advantage is that you get to say who we see on screen.

This is in line with the Formatting Commandment #5 "Thou shalt direct without using camera directions".

The disadvantage is that you use additional lines every time you change scene and it may be in the way of an easy reading, which is against the Formatting Commandment #3 "Thou shalt not slow down the reader".

Whatascript:
What about the second situation, intercutting. What is it? and how does it work in terms of screenplay format?

Formatman:
Intercutting basically means that you first establish where each characters is, and then allow the director to go from one character to another whenever he wants.

You use in this case the screenplay format convention: INTERCUT.


This is an example from Enemy of the State, screenplay written by David Marconi 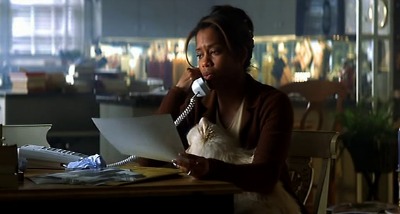 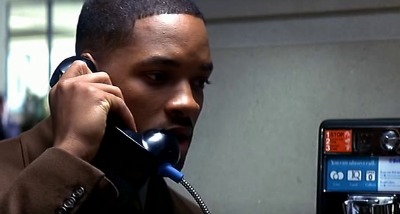 And this is an example from "The Bourne Ultimatum", screenplay written by Tony Gilroy and Scott Z. Burns and George Nolfi: 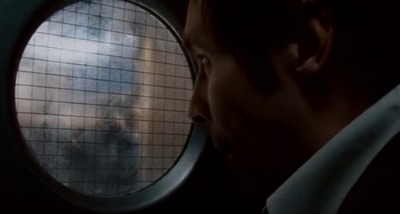 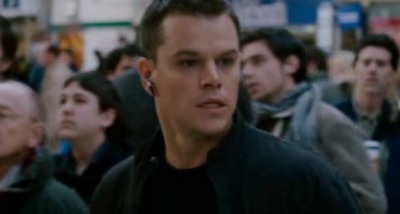 Whatascript:
What about an answering machine?

How do you deal with it in terms of screenplay format?

Formatman:
With a VOICE OVER.

This is an example from Thelma & Louise again:

Whatascript:
Last question. What is the most unusual phone call you saw in all the screenplays you read?

Formatman:
It may not qualify as the most unusual, but this call is for sure out of the ordinary.
It comes from Dead Poets Society, screenplay written by Tom Schulman 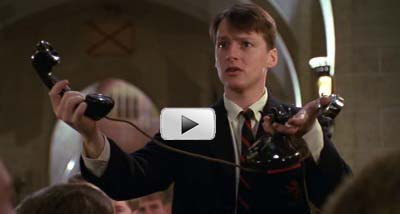 Whatascript:
This concludes our series of interviews on these ten screenplay formatting commandments.
Thank you, Formatman.