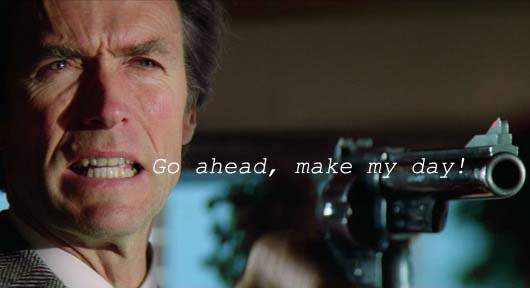 The scope of the 13 rules

What a script!:
What's the scope of these 13 movie dialogue rules?

Blablator:
They cover all the different aspects needed to write a great dialogue. Think of:

What a script!:
What are these movie dialogue rules?

What a script!:
How should we use these movie dialogue rules? in a linear manner? We start with implementing rule #1, and go on until we reach #13?

Blablator:
No. These rules are kaleidoscopic. It's like if you were looking at your dialogues from different perspectives. They all apply at the same time.

What a script!: Some people say writing dialogue cannot be taught, you need an ear for that. You obviously have a different take on that.

Blablator:
I believe anything can be learned. If you are committed to writing great dialogues, are ready to follow the dialogue rules mentioned in this article and practice then you should be able to write a great movie dialogue. And definitely not on the nose.

Writing dialogue is a learning process, an act of coordination. It gets easier the more you do.
It's okay for the first 60 pages of your first draft to be filled with awkward dialogue. Don't worry about it. The last 60 pages will be smooth and functional. The more you do it, the easier it gets. Then you can go back and smooth out the dialogue in the first part of the screenplay.

Blablator:
You probably heard it many times already. Writing a screenplay is about showing - not telling. Why? because a movie is about pictures and a picture says more than 1000 words.

You should therefore tell your story as much as possible in pictures rather than in words. And when you use dialogue, you should use it sparingly.

What a script!:
Some screenplays have however lots and lots of dialogues. Think of Woody Allen's scripts.

Blablator:
True. "Annie Hall" is a good example of that genre. It's a brilliant script which got many awards including an Oscar.

On the other side of the spectrum "The Artist" written and directed by Michel Hazanavicius was completely silent. The screenplay got nominated for the Oscars and the film won 5 Oscars in 2011.

Both scripts are however more an exception than the rule. So I say it again: use movie dialogue sparingly.

Ryan Gosling confirms this point of view in this interview about the movie "Drive". 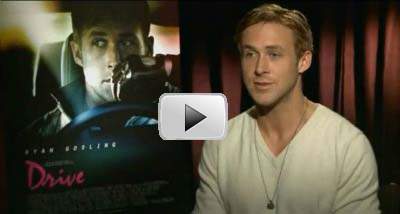 A good practice is to ask yourself if you can replace a dialogue with a picture. It forces you to think visually and be creative.

What a script!:
Any example?

Just before Dirty Harry Callahan says these famous words, he comes in his usual cafe not knowing that the staff and customers are being robbed and silenced.

Joseph Stinson could have chosen to have the waitress TELL Harry there was something wrong - although it would have probably been her last words. But that would have been too obvious. Instead he used a PICTURE to say the same thing.
See for yourself. 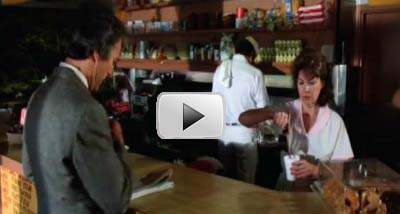 When we tell a story in cinema, we should resort to dialogue only when it's impossible to do otherwise. I always try first to tell a story in the cinematic way, through a succession of shots and bits of film in between... To me, one of the cardinal sins for a scriptwriter, when he runs into some difficulty, is to say 'We can cover that by a line of dialogue.' Dialogue should simply be a sound among sounds, just something that comes out of the mouths of people whose eyes tell the story in visual terms.

Movie dialogue rule #2. Think of your movie script as a silent movie

What a script!:
When should you use dialogue?

Blablator:
Only when you really need to.

A good practice is to think of your movie script as a silent movie.
Read your screenplay without the dialogues and check how much of the story you can still understand. This represents the core of your story.

Watch this scene of The Kid of Charlie Chaplin.
Notice how much you understand the story without any dialogue.
Notice how "dialogue" or information gets displayed on the screen only when absolutely necessary.
Do the same with your own screenplay. 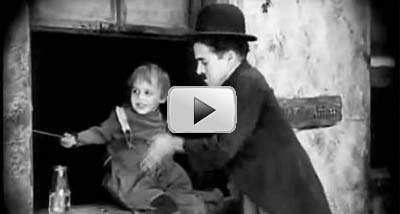 Some screenwriters have the practice to first write what's happening in a scene, indicate where there will be some dialogues with xxxxx, and write these dialogues only later.

This is an example from a draft of The Bourne Identity written by Tony Gilroy and W. Blake Herron.

A variation of this practice is to write on the nose movie dialogue first to get the general idea on paper and come back to it later.

You may not realize it but by taking this simple action you reward us for hours of work and empower us to write more articles like that - one Like/Share at a time.
Thanks for that.

Blablator unconceals the dialogue rules # 3 to 6 in this article.
They deal with the number of words in a dialogue, the shape of dialogue on the page and the intentions that the dialogue must fulfill.

Get our FREE updates

Want to know more on how to avoid the Top 7 Deadly Flaws of a Bad Screenplay?
Be the first to know. Subscribe to our FREE newsletter.